Home / News / The missing will and the heir hunter: a cautionary tale

The missing will and the heir hunter: a cautionary tale

A 1930s society model, a missing will and a televised ‘heir hunter’ sounds like a combination more akin to a modern-day Agatha Christie novel than a backdrop to a dusty probate case. However, this is the case which hit the headlines recently.

The case refers to the estate of Mrs Tessa Amstell, who died aged 98 in 2011, seemingly without a will.

Andrew Fraser, one of TV’s well known ‘heir hunters’, took up the case in respect of the 600,000 estate and found 30 distant relatives upon which he would have made a sizeable commission for himself and his business. Unfortunately, the wheels came off when it was discovered that Mrs Amstell had in fact left a will which had not been formally admitted to probate. In this she left her property to a nephew, Martin Amstell, aged 74.

It is reported that, far from this being treated as a stumbling block, the administration continued unabated and “with gusto”. After making what Judge Nigel Gerard referred to as a “pointless” attempt to show that the late Mrs Amstell had lost mental capacity to make a will, and having later dropped his challenge to Mr Amstell’s inheritance, Mr Fraser went to court to seek payment of his costs of 134,000.

Whilst pointing out the useful service provided by probate researchers, the judge ordered Mr Fraser to pay the full costs of the dispute (more than 250,000) because he was “primarily focused on his financial gain” and had not sufficiently highlighted his discovery of Mr Ansell’s entitlement to the estate.

Apart from being an instructive case on its own terms, it also provides a timely warning for those leaving a will to have it kept in a safe place, such as with respected solicitors or their bank, and telling their relatives and trusted friends about the will and its location.

Solicitors should keep wills in a safe and secure place and should likely scan them electronically and offer a central registration of the will for a fee. These are straightforward protections that, had they happened for Mrs Amstell, may have averted this whole sorry tale from happening in the first place.

If you need advice regarding a will then speak to GA’s wills, trusts and probate department by calling 01752 203500.

If you are looking for advice regarding a will, inheritance or trust dispute then contact me directly via angelo.micciche@GAsolicitors.com or call 01752 203500. 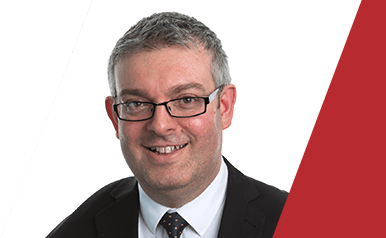