Home / News / On What Grounds Can A Director Be Removed?

On What Grounds Can A Director Be Removed?

A company’s directors (together known as the board) are the appointed officers responsible for running the company and ensuring it meets its legal requirements. Mostly, board members work together cohesively and without issue, sometimes however, there are occasions where the removal of a director will be considered for certain reasons.

Before we look at the different grounds for the removal of a director, let’s first of all consider whether our director is qualified to be one in the first place. Under legislation, a director must not be aged under 16. They must not be an undischarged bankrupt. The court may have made a disqualification order against them, if they are deemed “unfit” for office, for instance because they have committed certain criminal offences, such as wrongful trading, or not kept proper accounts. If they have a disqualification order against them, they could be barred from being a director for anything up to 15 years.

If our director is qualified, then the next thing we would look at is the company’s constitution. This will be set out in its articles of association, or in a contract, such as a shareholders agreement or director service agreement. The constitution will contain certain criteria for the holding of office of director at that specific company and the circumstances in which they could be removed, or are deemed to have retired. Where the criteria are met but the director in question will not go quietly, the other board members could use the constitution to force the issue.

Examples commonly found within the constitution of a company could include specifications that directors may only be allowed to hold office for a certain amount of time, or must retire by a certain age. If they suffer from a mental or physical illness which means they are incapable of carrying out their duties, then this could also lead to their early retirement. Caution should be taken to look through the constitution as thoroughly as possible, as it may also contain criteria which protect against the removal of a director l from office in certain circumstances as well.

If the company’s constitution does not provide any solutions, but the other directors and shareholders are intent on the removal of a director, then there are other options which may be available to them. One option would be to hold a general meeting of the shareholders on special notice for the removal of the director in question. This is a very specific process set out in legislation which needs to be followed accurately and so it is highly recommended that it is undertaken using specialist advice.

Generally speaking, if this process is followed appropriately and the required number of votes by members are cast in favour of the director’s removal, then this should ensure their removal. That said, those arranging for the director’s removal should still check the company’s constitution carefully, to see if there is not anything in there which should be considered in addition to the statutory procedure.

If you are a business owner or director and are considering the removal of another director, then please get in touch as soon as possible to discuss your particular case. You can contact me directly on ieuan.jones@GAsolicitors.com or call 01752 203500. 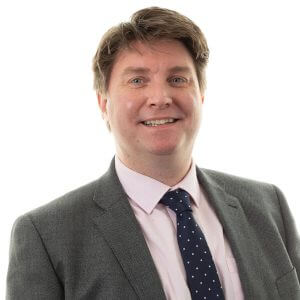